We’re back with another round of California’s most wanted invasive plants.

This time we are looking to our local mountains in the Angeles National Forests and Santa Monica Mountains to learn about the top five worst invasive species that we tend to find during our mountain restoration events. These plants out-compete our native plants and create huge fire hazards in our already drier than normal hillsides

This pesky plant quickly spreads and infiltrates its surrounding areas. Not only is ripgut a widespread flash fuel and soil moisture eliminator, it is highly dangerous to animals.

Its barbed seeds puncture raptor eyes, pierce hides, work into paws and ears, penetrate mouths and as its name “ripgut” denotes, it tears up intestines.

Humans are just as susceptible too! We had an unfortunate volunteer get one in her eye – OUCH!

This early bloomer easily outcompetes many natives for moisture both in and above the soil and is a flash fuel. When it beats out our beneficial natives, it creates a monoculture – an area with only one plant species instead of a healthy diversity.

Starthistle is also fatally toxic to horses and causes “chewing disease” by killing the parts of the brain that control eating and drinking. 😢

The leafy spurge, aka wolf’s milk, pushes out native grasses, wildflowers and other species creating dense fields of fire fuel. It is highly toxic and fatal to large-hooved mammals like deer and livestock; its sap also irritates human skin.

The leafy spurge seeds pack a punch too — ripened seeds are projected up to 15 FEET away from the plant!

Introduced by early settlers for food, this perennial plant population has exploded and it is usually seen blanketing our hills and mountains with yellow flowers in the spring and summer.

They are a flash fuel and create a monoculture as well. This mustard is also allelopathic, especially to oaks, meaning that it leaches chemical toxins into the soil that prevents acorn germination. In a state where over half of the wildlife depends on oaks, inability to reproduce is a catastrophe.

This Asian cane is a major destroyer of natural waterways. Growing over 30 feet high, it chokes out streams and rivers completely clogging them up, which prevents access to aquatic species, and raises water temperatures that kill their eggs. It can also soak up to 2,000 liters per yard annually!

With the help of TreePeople volunteers, we can cut back, pull and remove these invasives to make way for our native plants. Sign up to volunteer at our next mountain restoration event!

Sunburned This Summer? So Are the Trees! 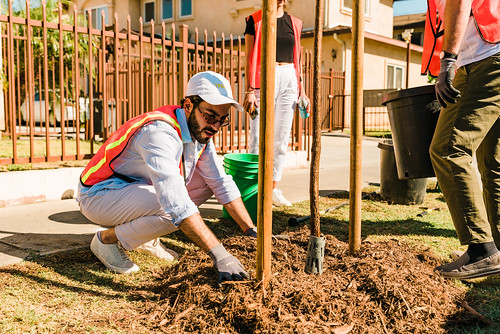 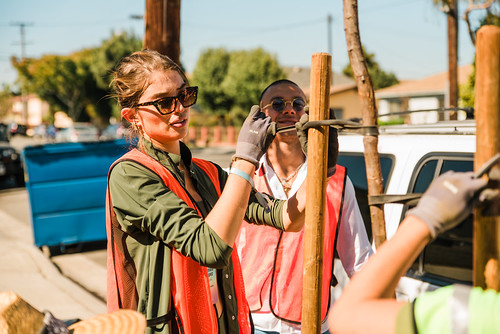 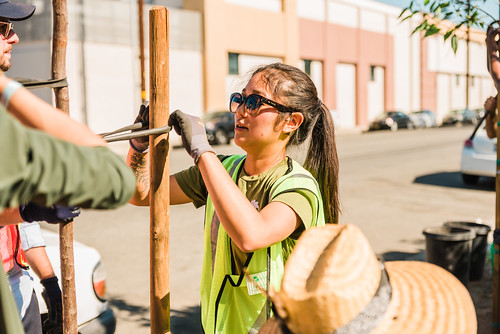 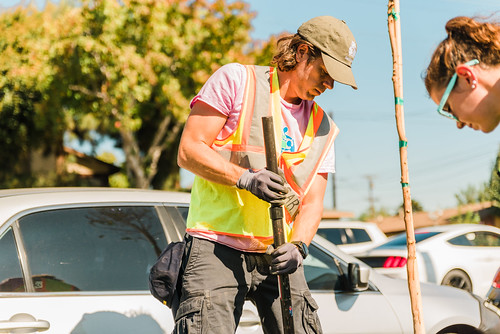 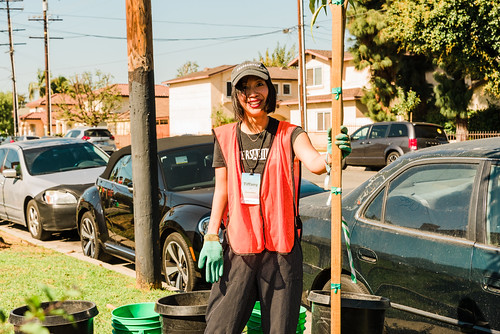 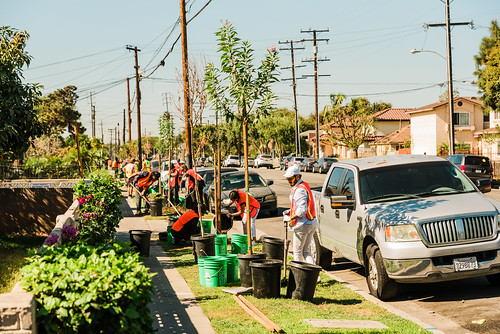 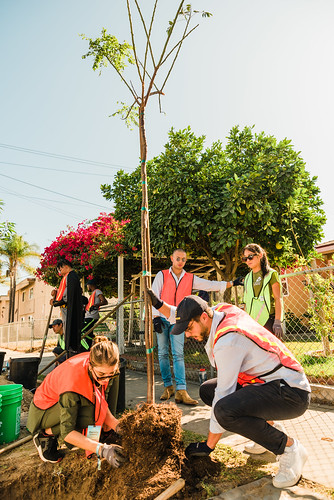 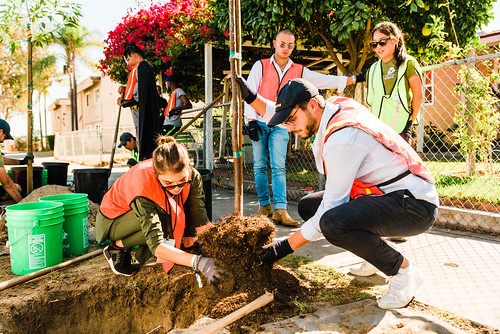 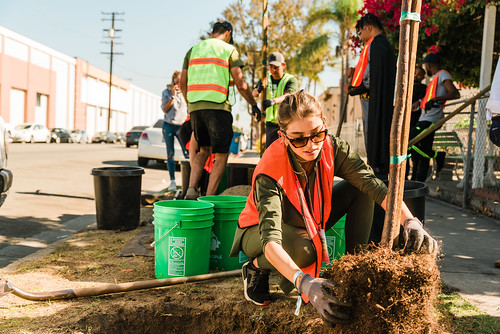 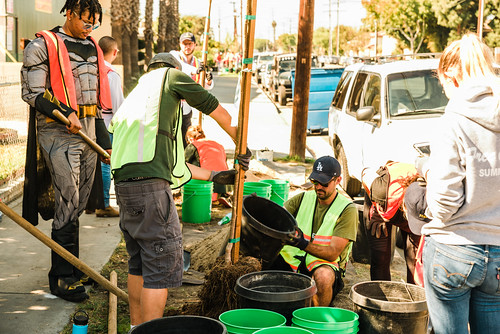